by Alex V. Cook, Music Editor
first published: December, 2016
Alex listens to every record in the world so you don't have to

How terrible this year has been! Let's count Bowie and Prince and Lemmy* and the rest lucky that they didn't have to bear baffled witness to the world desperately, purposely careening toward shambles. "Come, Armageddon!" wailed our boy Morrissey so many years ago, and here it is upon us. Even the Aztec apocalypse mystics, peering at us panicking in the future in clay bowls of sacrificial blood are all like, "Man! I didn't think the end of the world would be that bad!"

But, grind on we must, just like time. Just like your teeth at night. Just like so many cheap record needles on those pricey vinyl reissues. We cannot give up on our basest pleasure, which is rock 'n' roll. The  only weapon against the banality of evil is the banality of joy.

THE GO OUT ON A LOW NOTE ALBUM 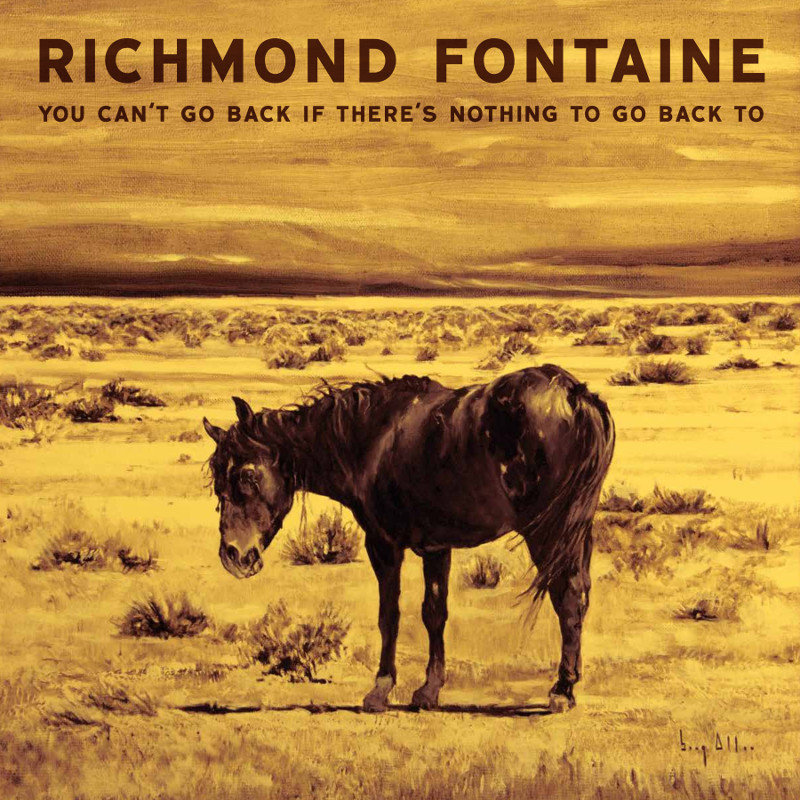 The great Americana bummer artists Richmond Fontaine called it quits this year with this magnificent slash up the wrist. Its bleary, blood-blistered eye is unwavering at the state of intoxicated statelessness. When he asks that cop that wakes him up in the gutter if it means anything that he grew up near here, when his girlfriend goes out in the snow and releases little Joe, their bird, into the cold night, when he says "Wake up, Ray" because there is another bar to hit, I want to cry, laugh, tag along and count my blessings. Vias con dios, muchachos. You done good with the terrible things you do.

Kanye West
The Life of Pablo

I love how people hate Kanye West. He will do anything to garner that hate: marry a Kardashian, befriend the President-Elect. He is the man that can cross the American divide. Rap aficionados and country listeners alike can momentary lock arms in the despising of Kanye. And this album is a hotter mess than the climate, but in it are so many moments of frenzied, strained beauty. "This is a God dream" from "Ultralight Beam" is my favorite line of the year. It sums up the avarice of the controlling powers. It encompasses the misguided hopes of the masses that put them in power. It echoes the silent prayers of those resorting to such in desperate times. "This is a god dream. This is everything."

THE OLD FARTS PULL IT OUT ALBUMS 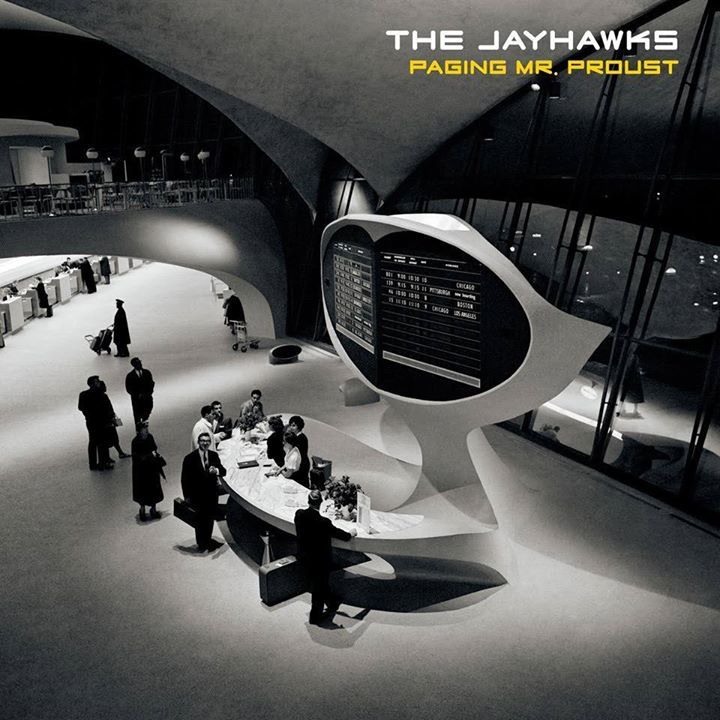 These are bands I love but truthfully don't listen to much anymore, and to reward that inattention, came through with two killer records. Schmilco is an endearing, stoney acoustic wonder with songs blowing into the room like campfire smoke and bong coughs. It is exactly what I really want a Grateful Dead album to actually sound like so I can relax and enjoy my life. Paging Mr. Proust is an electric, scintillating, power pop wonder. Heat lightning striking the spine, making your nerves sing like Rickenbacker strings.

THE "I LOVE THIS STUPID ALBUM" ALBUM

The Flat Five
It's a World of Love and Hope

When people go "ooh the harmonies" about a record, I kinda want to burn down the building and listen to the alarms and sirens instead, because those harmonies are so often singing nothing to me about my life and filling the Whitman Sampler chocolates of others' with fruity goo. And this album is loaded with them, as timely as the Mills Brothers or Sergio Mendes and yet, it is my favorite record of the year. What started as a once-a-year party to sing odd bird Chris Ligon's tunes (the brother of the Flat Five's Scott Ligon) turned into an album and a band and a fruitcake laced with love and debilitating humor. "My girl likes to stay at home and watch the bugs go popping on her buglight" they sing from their Goodship Lollypop and I'm jumping in to swim after it.

THE ALL THAT I NEEDED ALBUM 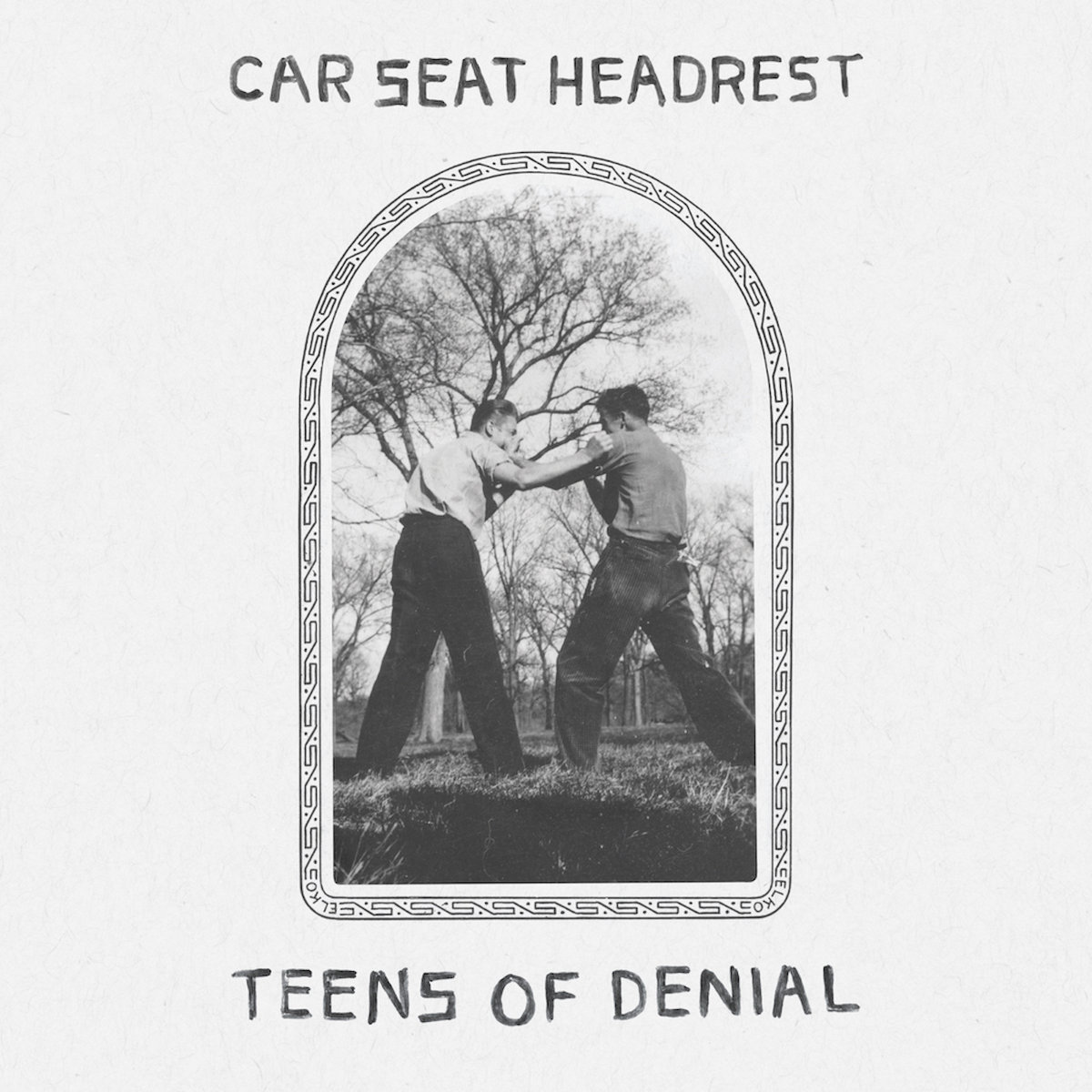 Car Seat Headrest nails it so well that they even got sued by The Cars over cover art. Mix in with that some half-grasped Thin Lizzy, some over-worshipped Guided By Voices, some stiff-upper-lipped Kinks, skip school, steal some cigarettes, kiss someone's girlfriend, cut a backflip and find a body down by the river, and you will soak in some of the teen splendor in this band. Or dude, rather. Whatever. (flips hair back) 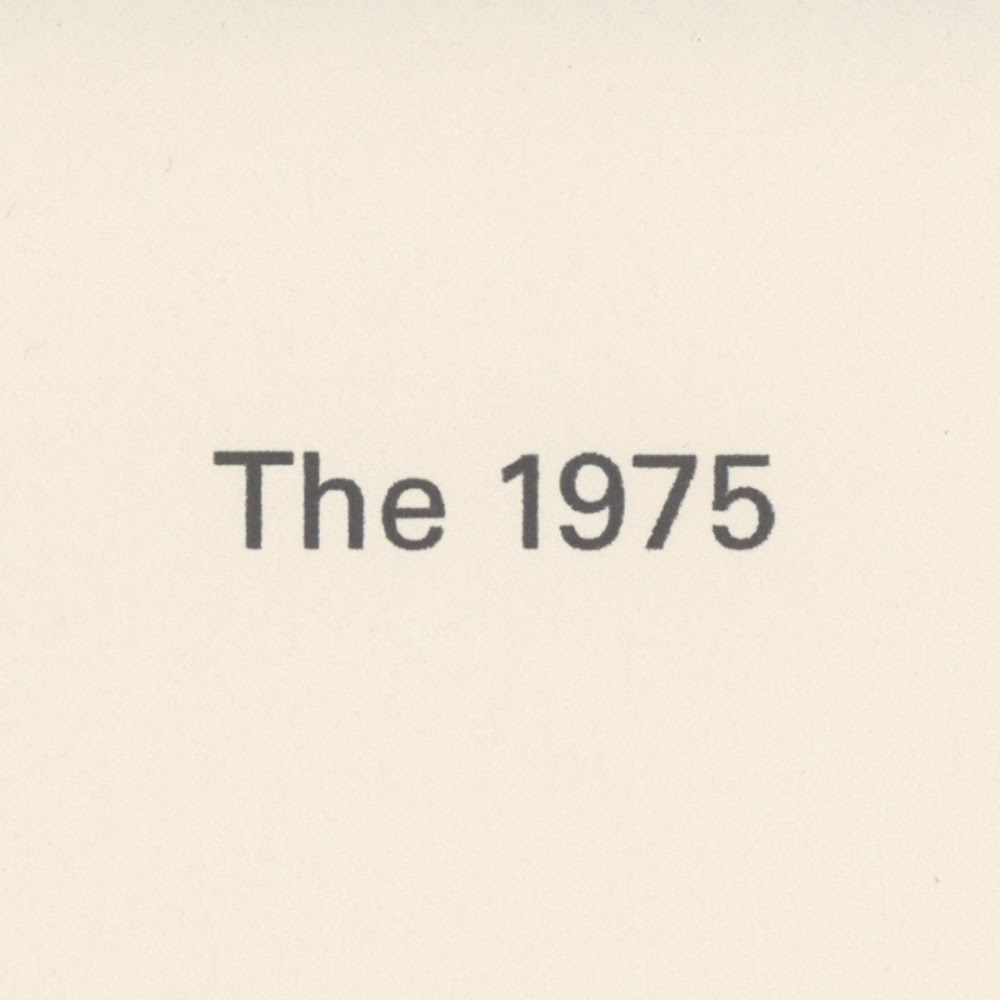 The 1975
i like it when you sleep, for you are so beautiful yet so unaware of it

Beyonce doesn't do it for me. Rihanna, I like as a persona, but makes music that's too loud while I get my hair cut. I hate the new trend in R 'n' Z of crooners mewling over dial tones and slow cloudpass beats. I'm unfit to enjoy myself in the modern media times, yet I turn on SNL one night and there these preening shits were, dancing their mascara off and I was caught in their swoon. There is a vulnerability about them that I can't ignore, my predatory instinct, perhaps. And then, among the almost-shambolic pop trifles are minimal synths, even a sweet acoustic guitar song that made me think of Nick Drake. Sorry, not sorry about loving this. Makes me feel like I CAN even. The easy answer to where the outrage is: Facebook, where all stupid, useless things are. Like my productivity and attention. Thankfully, the last great American band besides Tom Petty and the Heartbreakers hitched on their riot shields and took on the injustice of the US political system. Their massive guitar blast and innate hookieness are laser-focused on hypocrites, racists, monsters all. Will it change anything? That's a question asked by people who don't want things to change. I'll commit heresy; I wasn't bowled over by the new A Tribe Called Quest album. It's good, but it doesn't transcend any expectations I had of it. I liked Tribe well enough back in the day, and give the new one the same ringing endorsement. Childish Gambino, though. I wanted to love this. Glover's comedy is important. It speaks to the non-white nerd, the demographic I'm counting on to save us all, for we honky nerds have failed the world. But I've never liked his records. And to everyone's surprise, he took a left turn into the first few Funkadelic records and exploded with light, became the comic book hero Glover's persona admires. It doesn't just rip off Funkadelic, but Prince, Stevie Wonder, the Isley Brothers, Curtis Mayfield and Black Sabbath. And that's all in the first track. Destroy us all with your roller disco laser beams so we can be born anew! 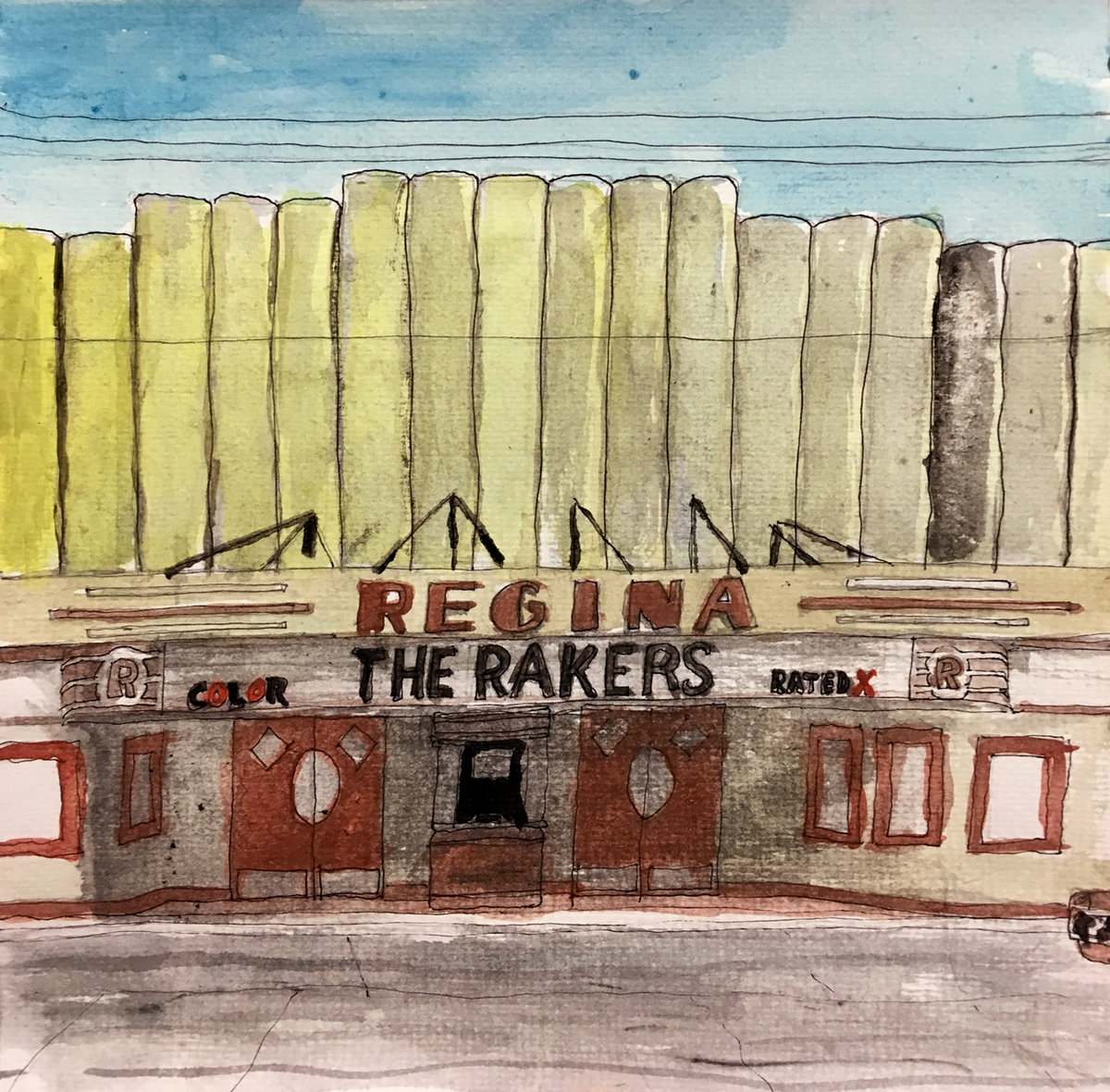 The one album you need to hear in the year of journalistic integrity's demise and the ascendency of self-serving sell-outs! Mine! No, seriously, my band worked on this album all year and I love it and I want you to love it as much as I want you to love the other records on this list. Cheers!

Whisper To A Scream

Outsideleft's Top 50 of the Year So Far

Lamont's birthday list penance, he compiles The top 50 most popular stories of the year so far. Well, you read 'em
July 2007

Frog Eyes' Cary Mercer and the Fall's Mark E. Smith may be the last of the great convulsive ministers of rock 'n' roll beauty.
May 2010

My Name is Earl, You Can Trust Me.

Earl Javorsky's noir crime novels, Down Solo and Trust Me are imbued with the kind of drug-fueled criminal behaviour not normally seen outside an olympic village
July 2017

Time to turn the green rhetoric into reality
September 2021