Hey, The Beatles, never allowed the time of day here previously have this album out and it's 50 years old and we'd never heard it, so new staffer Katherine Pargeter gave it a listen, so you/we don't have to...

ANCIENT CHAMPION - stream it now, it's a hit!
Ancient Champion's A Song For Damian Marquez The Tailor - January 24th, 2020

There is an inevitable weariness at the prospect of yet another Beatles re-release. How much more of their glorious output can be remastered, remixed or repackaged? How many more of studio sessions can be exhumed to create another peek behind the curtains? Turning era defining magic into more 'product', cheapening its cultural worth in the process.   I have genuinely felt queasy at some of the clumsier 'mash ups' on the  'Love' album, and I will always feel uncomfortable when I hear Paul and George trying to harmonize with a scratchy 'lost' recording of John Lennon's sketchy 'Free as a Bird'.

I approach this fiftieth anniversary version of the most famous album of all time with a considerable amount of scepticism. Of the  handful of different packages available, most will opt for the double disc comprising the remixed version, and the album in demo form.  The promotional blurb suggests that the remix (by George Martin's son Giles), was done to right some of the wrongs on the original stereo version.  Within the first 30 seconds of the album, my cynical doubts fade as Paul's vocals are now placed centre stage, and suddenly it's no longer a whimsical ditty about a fantasy band, but a ragged and direct prologue to what's about to unfold.

The emphasis on Harrison's fuzzy guitar during the chorus of the title track is another revelation, showing that beneath all of the theatrical French horns was a band that were exciting and captivating, something that previously felt hidden under the brightly coloured circus canopy of the original album. And so it continues, Ringo now shines (vocally) on With a Little Help From My Friends and with urgent drumming on Good Morning, Good Morning.  The Indian instrumentation on Within You, Without You is given the weight it deserves. Lennon's vocals on A Day in the Life now seem more haunted and lonely than ever before.

Released between the ambitious glory of Revolver (1966), and the sprawling and complex White Album (1968), Sgt. Pepper can seem like a bit of a curiousity to latecomers (and as I'm only slightly younger than the album, I consider myself to be just that).  Those songs about traffic wardens and circus performers and the music hall parody of When I'm Sixty Four, felt far too whimsical alongside favourites like Rain, Tomorrow Never Knows and Revolution.  But somehow by subtly moving the furniture, the new mix actually places the emphasis on the  musicians that made the record, no longer obscured by the fairground setting.

My apprehension returns before I venture into the demo/early sessions version of the album. Weren't all of the early takes worth listening to dredged up for the Anthology series? Apparently not! Whilst, predictively, some of the versions here don't offer much insight into the creation of the actual album, the early interpretations of the title track and Good Morning Good Morning, give an indication of what a scintillating experience it would have been if they had ever performed them live.

Despite being half a century old, Giles Martin's remix has saved Sgt Pepper from being an album that can only be looked on with nostalgia.  I'm certain that The Beatles re-releases and repackages will continue unabated, but with Sgt Pepper, there's finally one worthy of their spectacular canon. 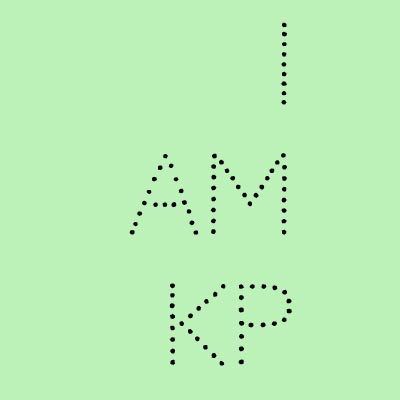 Born in Kavala in Greece to English parents, Katherine moved to London in the early nineties to study Sculpture at St. Martin's College.

ANCIENT CHAMPION - stream it now, it's a hit!
Ancient Champion's A Song For Damian Marquez The Tailor - January 24th, 2020

What Can You Do

people are so fucking sick of the situation it's no wonder they are taking to the streets, no other language has been heard

We Regret to Announce an Interruption to our normal program

Toon Traveller vs The Lockdown

Pogus Caesar on the work, and the music that helps him make it

Visual Art with a Steel Pulse

Colin Gabbidon - man of many talents

Toon Traveller gives a sunless Sunday on the Tyne both barrels

Cousin Bloke: Plectrum memories are made of this

Paul H remembers, Bloke (above right), bass player for the UK band Flannel and a million other excellent things besides...

Damien Hirst is a very rich man and he has lots of art. And he really wants you to know this.

Introducing the flawless logic of Karl Morgan - watch out old people, he's thinking about you...

Behind the Counterculture #29: Holly Johnson