That Did It For Me

The Rakers' Alex V. Cook Last Post for the music of 2017, "All of these are great gleaming jewels in the year's ash heap."

by Alex V. Cook, Music Editor
first published: February, 2018
They should bottle that enthusiasm and put the energy drink concerns out of business. 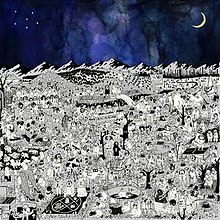 Fantastic, smart, put-on-repeat records that I’m still listening to in 2018

I would apologize for my apparent dad rock tastes but that would be like Father John Misty apologizing for the media spotlight that is put upon him - we cannot help that it is there and we are doing the most we can with it. Pure Comedy was as exquisite and erudite a bummer as ex-Only Ones frontman Peter Perrett’s album was a triumph, an honest, maybe embarrassingly so, trumpet blast of the human spirit. Everyone lost their decency in 2017, but a few found their voice. The Weather Station’s Tamara Linderman found a meaningful inner Joni MItchell, Foxygen found their outwardly expressed T. Rex and Hurray for the Riff Riff’s Alynda Lee Segarra left Appalachia and New Orleans bohemia behind to rediscover the Puerto Rico that teems inside her. Mark Eitzel and Josh Ritter are glacial eternals, getting more spectacular with each Age of Man they weather, Kevin Morby wrote his record in the Harry Potter crawlspace in my heart. The Magnetic Fields’ Stephin Merritt bares all for us to analyze and thankfully no-one had figured Björk out yet. She leaves us vistas yet to discover. 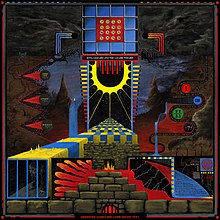 King Gizzard and the Lizard Wizard - 4 great albums in 2017
They should bottle that enthusiasm and put the energy drink concerns out of business. 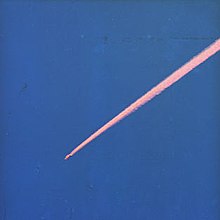 All of these are great gleaming jewels in the year’s ashheap. Craig Finn and Destroyer and Ryan Adams all grew up a little, leaving room for King Krule to ooze into the light, making personal darkness for the post-guitar set. A. Savage of Parquet Courts and Soccer Mommy are indie folk stunners, (Sandy) Alex G might be our next Bonnie ‘Prince’ Billy once his libido fully sets in and God bless the Dream Syndicate. They might save rock ‘n’ roll. Protomartyr did a better Fall album than did the Fall, (see below) and Penguin Cafe (son of the famed Orchestra)  found a way to be dignified in this slop trough year.

Solid, dependable offerings that didn’t break any new ground for me

Keep up the good work!

Totally good ones where the problem is me, not them

I want to hear what others hear in the new Kendrick Lamar and in St. Vincent in general, but it eludes me. I’d take a bullet for Jason Isbell, but I still might not make it through a whole album of his. Each has a devastator surrounded by perfectly good songs, so I am the asshole for not embracing them. The rest here had me for a day, maybe a week and then lost me.

Morrissey has never shied away from his wretchedness - it is precisely that which got us in, so I can sorta forgive how it as aged - but he’s never been dull as he is on his new record. Beck’s music has become accent walls in designer magazines. Yep, there it is, tastefully sticking out a little. The Mountain Goats is a hard one for me, but fortunately MG OG John Darnielle has become a great and quirky novelist, so I don’t need a markedly non-goth album about goths to get my fix.

They should bottle that enthusiasm and put the energy drink concerns out of business.

What Good Does It Do Us To Confront Despair?

Rock Out With Your Hitchcock Out

Three composers, Norway's Kaada, Iceland's Mugison and former Bad Seed Barry Adamson, all demonstrate what its like on the movie set in their heads.
August 2006

Track by Track: Music Inspired By The Museumgoer of Baton Rouge, Louisiana by Ancient Champion

Nothing brings out the neaderthal in any pussy hipster like the sludge metal Earthride belches forth.
March 2006

John Robinson says Vivid is the record of the year. Jay Lewis slots it in, towards the top...
December 2020

Outsideleft's Top 50 of the Year So Far

Lamont's birthday list penance, he compiles The top 50 most popular stories of the year so far. Well, you read 'em
July 2007

I'll Give You An Annual Review #21... Hector Plimmer