I'd loved Gavin Bryars most famous composition, Jesus Blood Never Failed Me Yet, initially used to inadvertently subdue Leicester art students, and used by me to avoid LA road rage where the 5 meets the 10 and the 101... yet I had still, somehow, laboured under the illusion that Gavin Bryars was Gavin Friday, the former Virgin Prune.

Happenstance. Ran into the critically acclaimed author, C. D. Rose at the IKON Gallery, and he put me straight on that Gavin vs. Gavin dope. Oh man, does C. D. have a good eye for detail.

The Gavin Bryars performance at the IKON was beautifully staged amongst sculptor Barry Flanagan's elephants, hares and draft excluders. The music reflected on the artist’s use of pataphysics, defined by the French playwright Alfred Jarry as, “the science of imaginary solutions”.

One of the many highlights of the evening was Bryars' seven one-minute pieces written in response to Flanagan’s involvement in the College of Pataphysics, of which Bryars is also a member. This included the premiere of Calendar (“Le Calendrier Pataphysique”) (days 1–7). Bryars plans a one minute piece for each day of the year, a little like (in some respects I guess), Tierra Whack's Whack World - although her 1 minute items were accompanied by video, which could probably earn her a place in the College of Pataphysics. Bryars still has a taste for drama though, warning of the 480 seconds of life we'd never get to repeat, and launching a metronome to count the seconds and then, seemingly set to adjust its tempo, just switched it off. Great stuff!

Violist/violinist Morgan Goff joined Bryars on many of the items during what was a fantastically breezy 80 minutes or so. Another great event flawlessly staged by the IKON and for free too. Can't complain then except...Christ almighty the audience looked like a casting call for Tarrantino's remake of Dog Day Afternoon. And while it's true, there are very few beautiful people, bar me, to be seen in Bearwood, when I traipse into town, I expect better. And I wondered, as the minimal keyboard stylings passed through me, what those other people there were thinking? I always do. Me, I thought about the Irish writer Joe Ambrose, gone now. I wondered, since I can't sit still and was given a chair without a back, whether the soles of my shoes would look as worn as they actually are to the people behind me. I wondered whether I smelled of period blood but that was implausible. Maybe it was that Jesus Blood thing getting to me. Maybe I am rotting on the inside faster than I'd previously imagined. Maybe something is emanating and I am worried. I wondered whether Warren the Shoe would find the electric piano just... just too much unnecessary tech. It turned out he'd enjoyed the use of the sustain pedal. 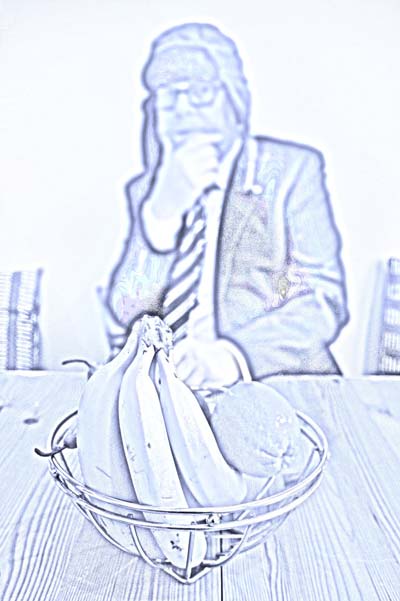 Ancient Champion only ever communicates with us online so, so much we don't know. Proud Citizen of Nowhere is the response when we ask where you from? We do know the Ancient Champion is releasing a new single each month of 2019. Instrumental music characterised as easy listening for difficult times. And a collection of extremely short stories, Six Stories About Motoring Nowhere as part of the SideCartel's Sextet series. More info at AncientChampion.com

With the release of his new record, Sun Piano, Laraaji is all fun, philosophy and full on happenstance...

The Heart of the New Saturday Night

from the toon traveller, exiled at home, a poem for Covid 19 release day

Niche: A Memoir in Pastiche

Momus lauded by the stars

Rock Out With Your Hitchcock Out

Three composers, Norway's Kaada, Iceland's Mugison and former Bad Seed Barry Adamson, all demonstrate what its like on the movie set in their heads.

The Low Tide of Summer's Prelude

I can feel the humidity coming, and The Zincs sublime new record is in my first line of defense.

Seth Sherwood finds a diamond in the rough.

Weather Report as zombies? The remarkable world of Dublin's SnowDial