by Tim London,
first published: September, 2021
Tarla Patel, Daksha Piparia, Nirmal Puwar and Jitey Samra, joined by 17 others, all from a South Asian or Black background, relating stories of growing up and living in Coventry

A similarly slim volume to Michael Bracewell’s Souvenir (also reviewed here), covering roughly the same time period (1970s/80s) but detailing an opposite experience for the writers, most of whom would have been a similar age as Bracewell’s image-obsessed un-named protagonist(s). The same focus on image here, but for completely different reasons.

A simple premise: tell us your memories, inspired by short prompts (‘When I saw a skinhead…’) or resulting from a series of lockdown conversations between the main authors, Tarla Patel, Daksha Piparia, Nirmal Puwar and Jitey Samra, who are joined by 17 others, all from a South Asian or Black background, relating stories of growing up and living in Coventry. 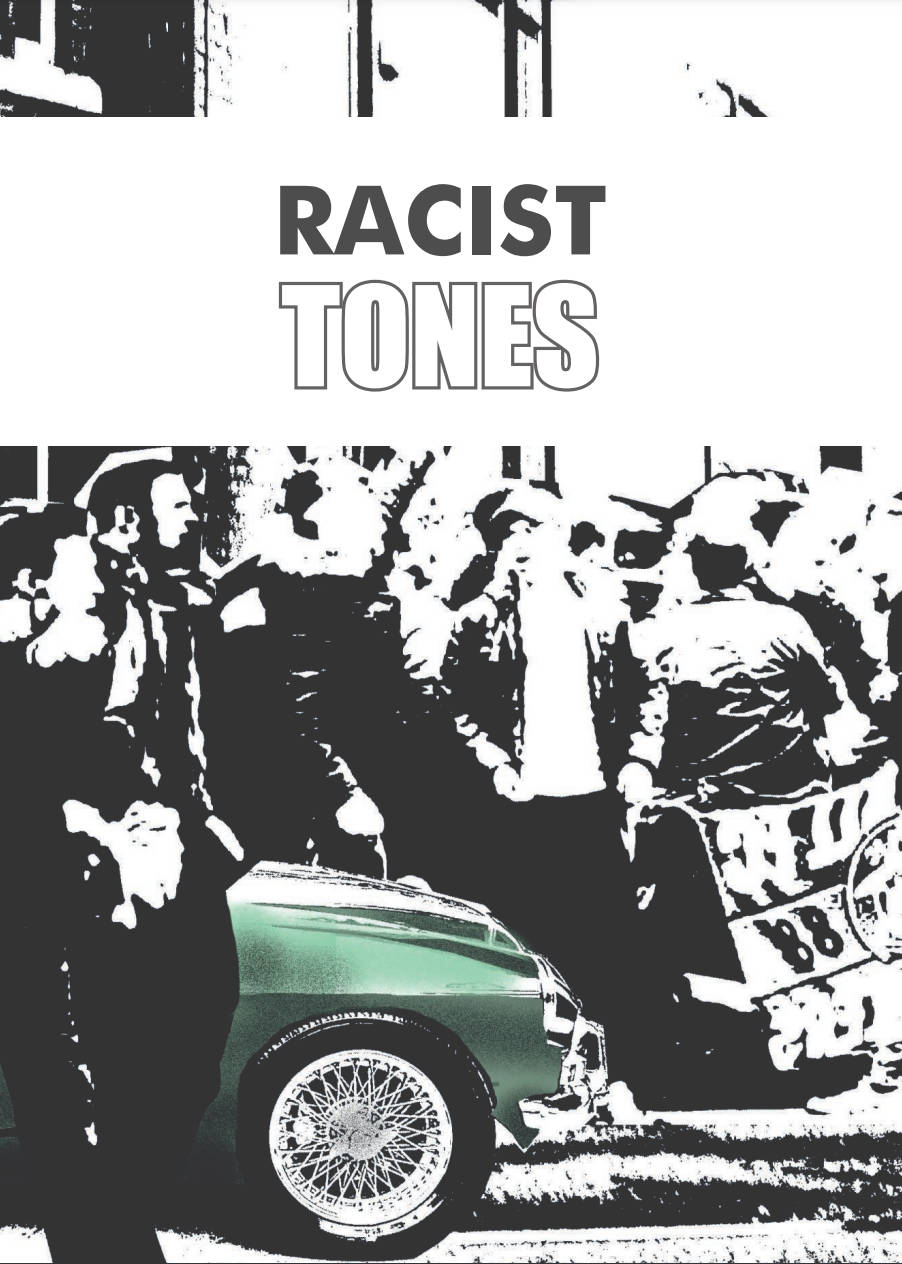 Although the emphasis is on an appalling, almost endless string of racist incidents and fear there are also moments when the resilience and natural vivacity of youth insist on dominating: a glorious, sunny day in the park for a young child is more important than the few minutes of walking past the group of boozing racists at the park entrance; a fraught trip into town to buy blue eyeliner and black mascara results in a mental victory and moment of self-realisation; the glee of understanding you are fitter and faster than the skinheads chasing you.

If Bracewell’s roam around London left me feeling a perverse nostalgia for the smelly, dirty, ramshackle pre-digital past, Racist Tones leaves me with two clear ideas: the sheer, living stupidity of racism, of being wilfully hurtful and hateful to someone else because of their skin colour or clothes and accent, and a respect for those who lived (and often still do live) in a state of, at least, low level fear but who thrive nevertheless.

The shock of the racist murders of two members of their community aside (Dr Dharry and Satnam Singh Gill in 1981), the litany of stone throwing, brick throwing, insults, threats, spitting and small time nastiness is breathtaking. These are British kids and young people, attempting to fit in (tonic trousers as a nod to new skinhead fashion, a trip to the barbers for a number one crop quickly grown out because of a ‘lumpy head’, a shiny new bike, beans on toast) but living their lives as if in a war zone. ’Being outside in the city meant being on alert’ (Daksha Piparia). Imagine never being able to relax, always having to check your route to and from home, your family visibly fretting each time you left the house, urging you to ‘come home quickly’. This was life for hundreds of thousands of British people. Does this kind of treatment end in a kind of universal trauma? Does it explain anything about the UK, about the perceived separateness of the ‘South Asian community’? Or is it an indication that racism never wins, because life goes on and these people refuse to be cowed?

There are a few thankful mentions in the book of Two-Tone, how it affected a change and an increase in confidence for the youth. If the nazi skinheads who terrorised the writers remain as dark demons, powered by hate, festering in their own paranoid juices and nowadays, as old men, taking any and every opportunity to spew their bile online, Two-Tone represents the other side of the UK, the joyful, loving people who love to dance and live and it has left its indelible mark here, which is as it should be. It’s enough that several generations have come through decades of hateful treatment and gone on to live a fulfilling life, they shouldn’t have a burden beyond that. It’s up to those of us who didn’t have that experience because our skin colour is various shades of beige to try to achieve some parity, to try to put things right. 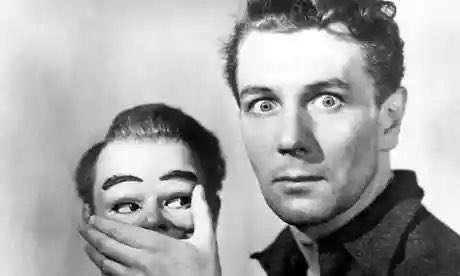 Tim London is a musician, music producer and writer. Originally from a New Town in Essex he is at home amidst concrete and grand plans for the working class. Tim's latest thriller, Smith, is available now. Find out more at timothylondon.com

about Tim London »»
Tarla Patel, Daksha Piparia, Nirmal Puwar and Jitey Samra, joined by 17 others, all from a South Asian or Black background, relating stories of growing up and living in Coventry 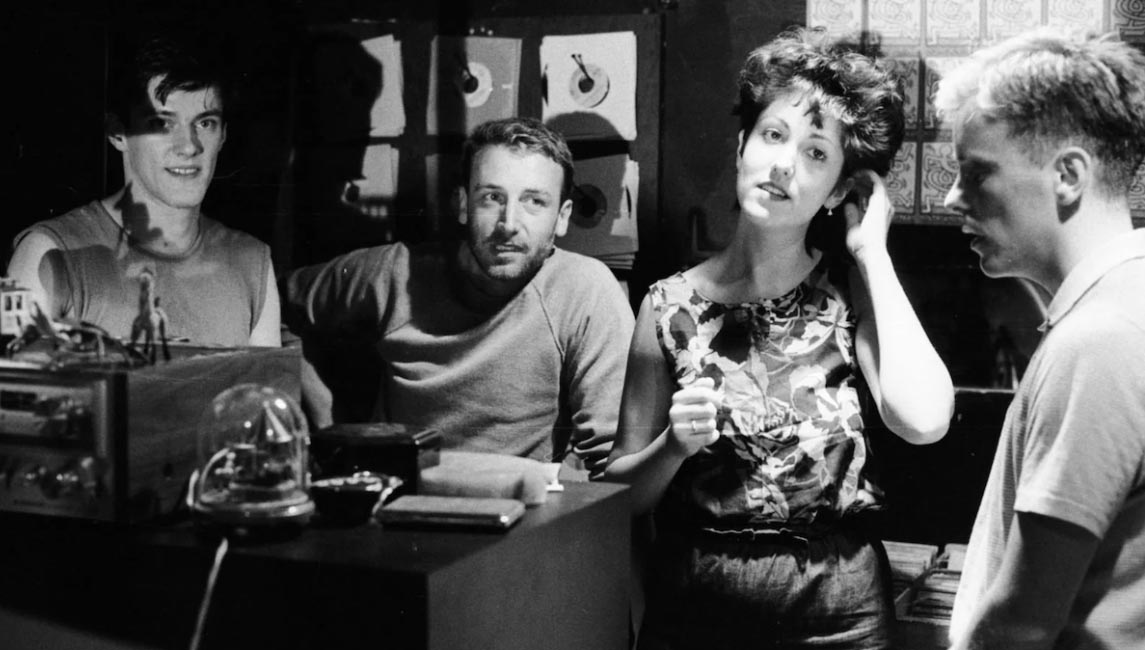 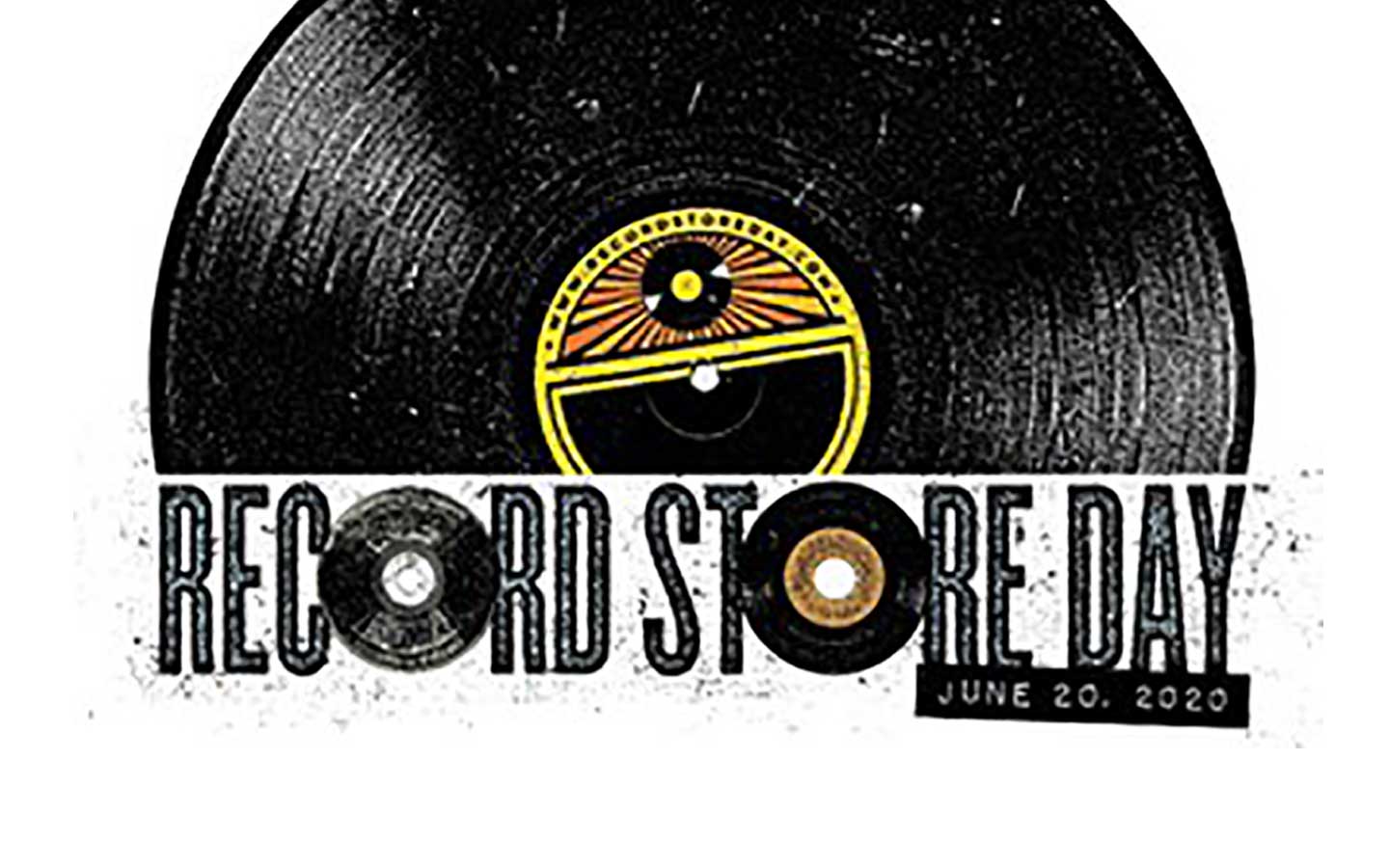 Rockers at Risk! And Record Stores too

Wake Up! To Sounds From A Forgotten Past...

Remember that old James Blood Ulmer LP? Toon Traveler just found a copy in his garage and has no recollection of how it got there
March 2022 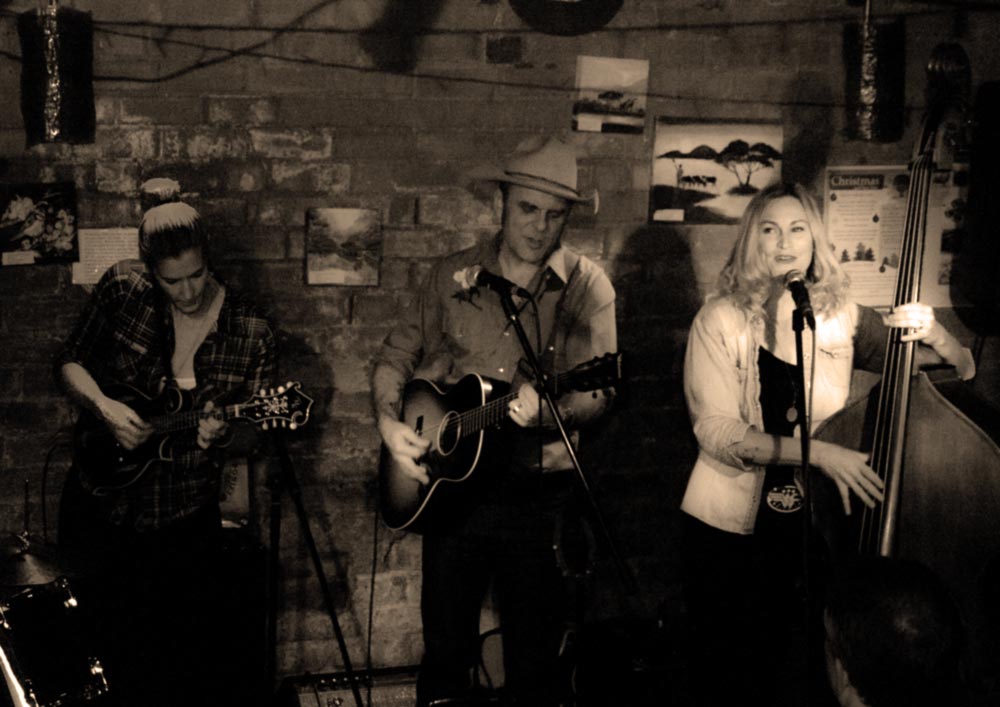 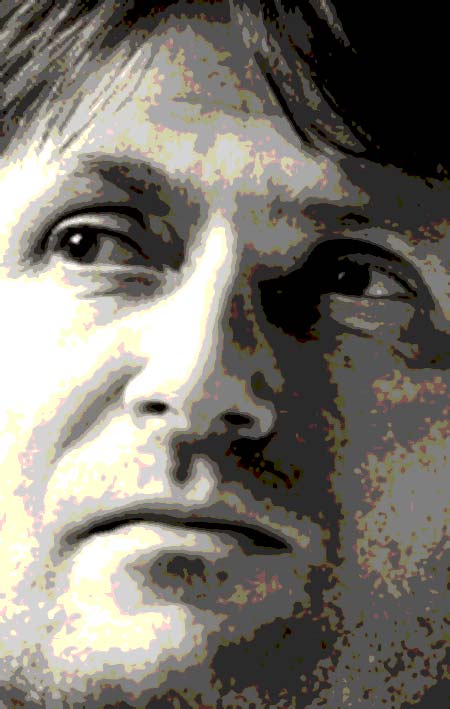 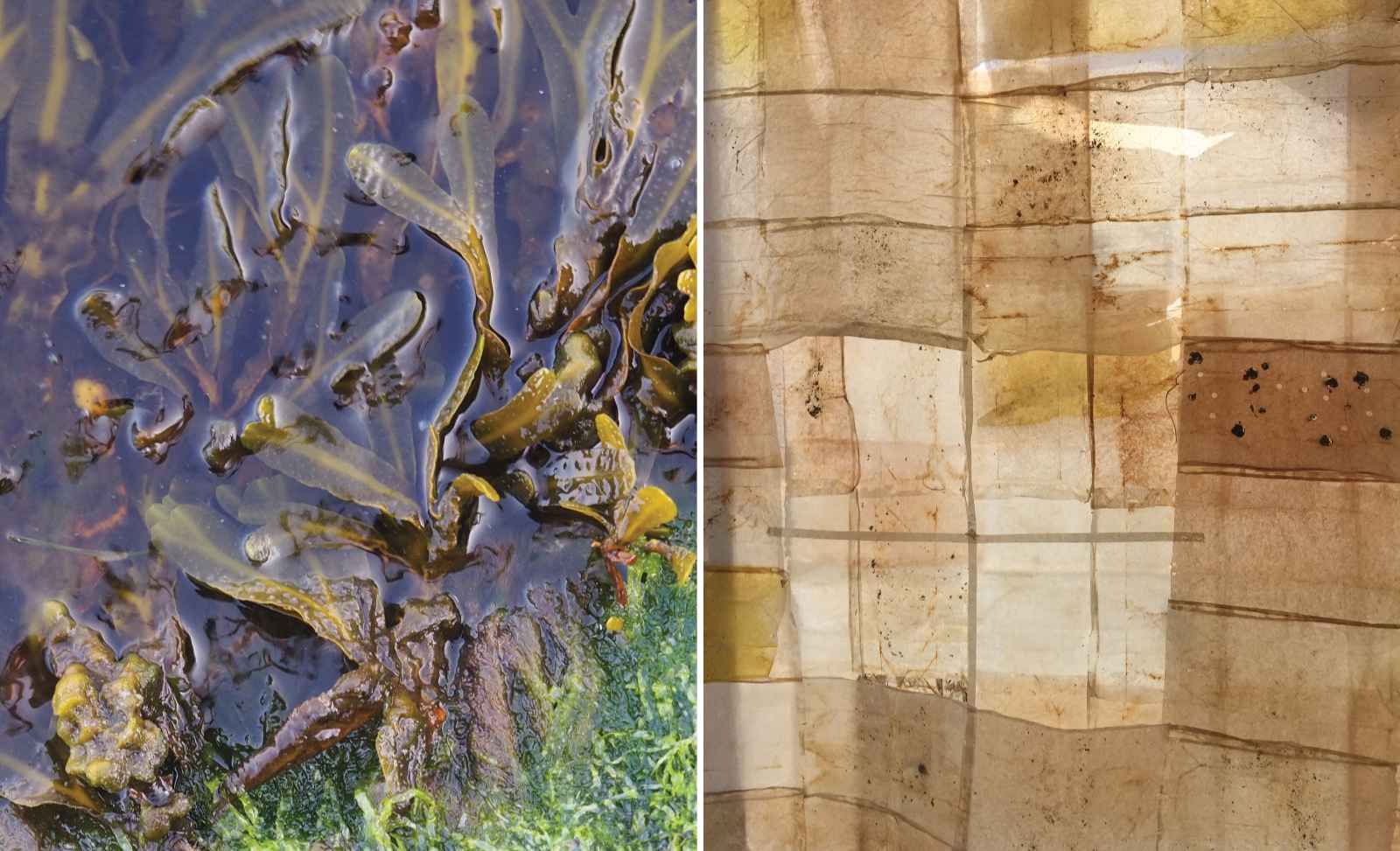 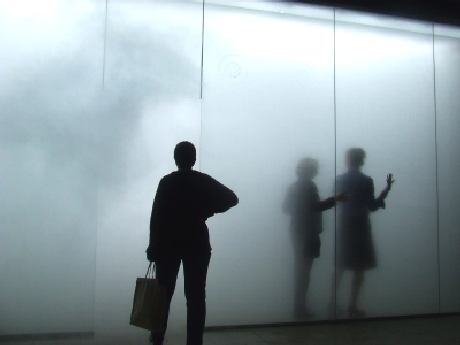 The Antony Gormley White Out

Antony Gormley's first major solo show in London is more fun than you might have imagined.
May 2007 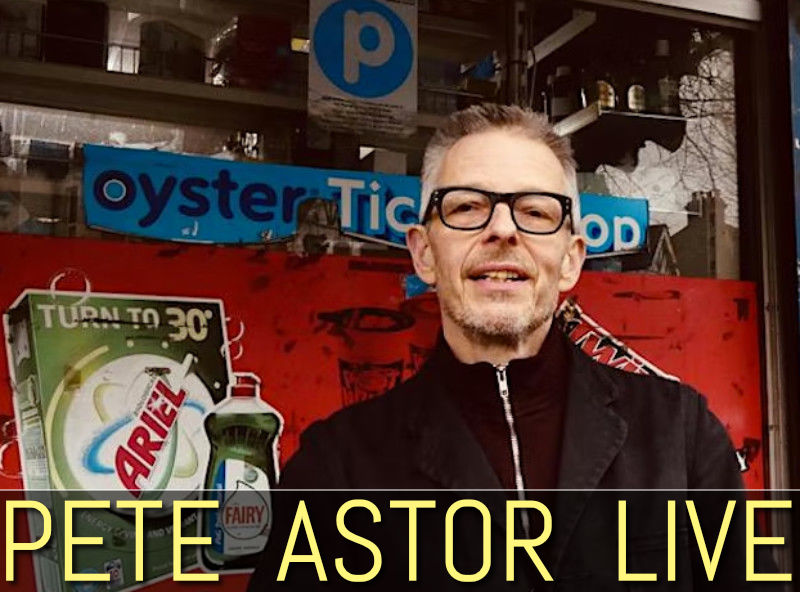