Paul Bowles was closely involved with a number of young Moroccan painters and writers, all of whose lives he interfered with, both positively and negatively. These were turbulent relationships as Bowles seemed to have a taste for the company of handsome but turbulent young men.

He spent twenty years "translating" (usually ghost writing) some twenty fictions regaled to him - principally orally - by handsome street corner savants he lured into his web. Mrabet and Mohamed Choukri are the best known of these literary collaborators - though Choukri wrote his own books on a typewriter and Bowles really did just translate him.

If the books Bowles assisted these savants with are anything to go by, the life of the Tangier hustler/artist during the Interzone years was fast, remorseless, drug fuelled, and ran along certain clearly delineated lines: smart handsome boy from impoverished Moroccan family meets sex-mad Europeans, some of whom have good hearts. They show him the high life. He is smart enough and wily enough not to be entirely taken in by it or them. He eventually becomes a creative artist but he never loses his street ways or attitudes.

The most poetic exploration of that world of vice, coffee, conversation and intrigue is Choukri's For Bread Alone (Telegram; $14.95/¬£9.99). Translated - after a torturous process - by Bowles, who wrote an absorbing introduction to it, it is one of the most widely read modernist novels in the Arab world.

I used to see the angry unhappy Choukri all the time in Tangier. He drank a lot, kept himself to himself, and eventually frowned on Bowles and the entire post-colonial interference in Moroccan cultural life. In addition to his magnificent novel, he wrote two taciturn memoirs of his involvements with writers Jean Genet and Tennessee Williams. His elegant Jean Genet in Tangier is one of the best books anyone has written about Genet and it is also one of the most scintillating recreations of Tangier table talk.

Born during one of many Rif Mountains' famines, Choukri moved with his family to Tetouan, a Moroccan regional capital, as a kid. He had a wandering spirit, he has an asshole father, and soon enough moved to Tangier where the adventures recalled in For Bread Alone, (Al-Khubz Al-Hafi) played out.

He wrote For Bread Alone in 1972. Bowles' English language translation appeared in '73 but it wasn't published in Arabic until 1982. When I was living in Tangier in 2001/2 a very cheap popular paperback Arabic edition was on sale on newsstands all over town and adolescent boys enduring that selfsame life of crime, deprivation, and alienation were everywhere reading it, and reading it out loud to their illiterate pals, in anxious, nervous, amazement. One sharp contemporary street savant said to me that a great writer was one who could make you laugh and make you cry. This, I think, is true, and Choukri could certainly make you laugh and cry.

He was an inflexible, determined, and entirely admirable citizen of Tangier, a pitiless thankless city which intrigued him as it has intrigued writers who've washed up there before and since.

Satsuma Sun Mover (Lazy Gramophone) is Adam Green's first novel but you wouldn't think that from its confident picaresque stance, somewhere on the hinterland between Beckett, Flann O'Brien, and Saul Bellow. Lazy Gramophone and Green have a remarkably good attitude to writing, performance, and promotion.

Satsuma Sun Mover is the strange, knee-trembling adventure of a young truth-seeker and writer of computer manuals called Theo Fintwistle. Theo's quiet serene life is thrown into chaos and the night following his mistaken arrest. The convict bus on which he is traveling is hijacked. He falls in with a bad crowd led by a rebel alchemist who is planning to reconfigure human consciousness.

Recently I've been doing work on the Irish experimental novelist Laurence Sterne and Green's book, in many ways, adopts a remarkably similar tone. Neither writer is intimidated by the demands of reliable narrative, conventional morality, or good taste. Both writers approach their difficult task with aplomb and style.

I'll be reading on 4th December, 6pm, at the Amwell Book Company, 53 Amwell Street, London EC1R 1UR to celebrate the launch of the Islington anthology Down the Angel (Pulp Net). Amwell Book Company is located more or less opposite Filthy McNasty's, and Angel is a convenient Tube station.

Down the Angel features a variety of Islington writers (including myself) and those reading at Amwell Street will include Shaun Levin, Lane Ashfeldt and Eula Harrison. My story in the anthology is The Fatal Advantage. There will, allegedly, be 'mince pies and good vibes'.

Writer and counterculture maven Ira Cohen's innovative 1968 film, The Invasion of Thunderbolt Pagoda, has just come out on DVD. In 1961 Ira built a room in his New York loft lined with large panels of Mylar plastic, a sort of bendable mirror which gave rise to surrealistic "hall of mirrors" effects. After experimenting with his technique for a while using stills photography (he did mylars of Jimi Hendrix and William Burroughs along the way) he decided to make a whole mylar movie. The Invasion of Thunderbolt Pagoda was one of many results. It conjures up a smoky world of opium users and demi monde superstars and features a soundtrack by Ira's pal Angus MacLise, the original drummer of the Velvet Underground. Ira left New York in 1969, shortly after the film's first screening, for travels and adventures in India, Morocco, Ethiopia and Nepal. In Morocco he got to know Paul Bowles and collaborated with him on significant literary and musical projects.

His movie more or less disappeared without trace until a compilation of MacLise's music came out in 1999, two decades after his death Jay Babcock, editor of Arthur magazine and Will Swofford, a composer/archivist, began putting some of Ira's artistic affairs in order for him. Out of this has come the DVD edition of The Invasion of Thunderbolt Pagoda, which also features a slide show of Ira's photographs, audio recitations of his poetry, outtakes from the movie, and two alternate soundtracks, one by Acid Mothers Temple,

The DVD has been released by Bastet, Arthur magazine's music and video label, and Saturnalia, Will Swofford's enterprise. Distribution is currently via www.arthurmag.com and some independent music retailers.

Joe Ambrose has written 14 books, including Chelsea Hotel Manhattan and The Fenian Reader. Joe is currently working on his next book, Look at Us Now - The Life and Death of Muammar Ghadaffi, which is an expanded version of a story first published in the anthology CUT UP! Visit Joe's website for all the latest info: JoeAmbrose.co.uk. 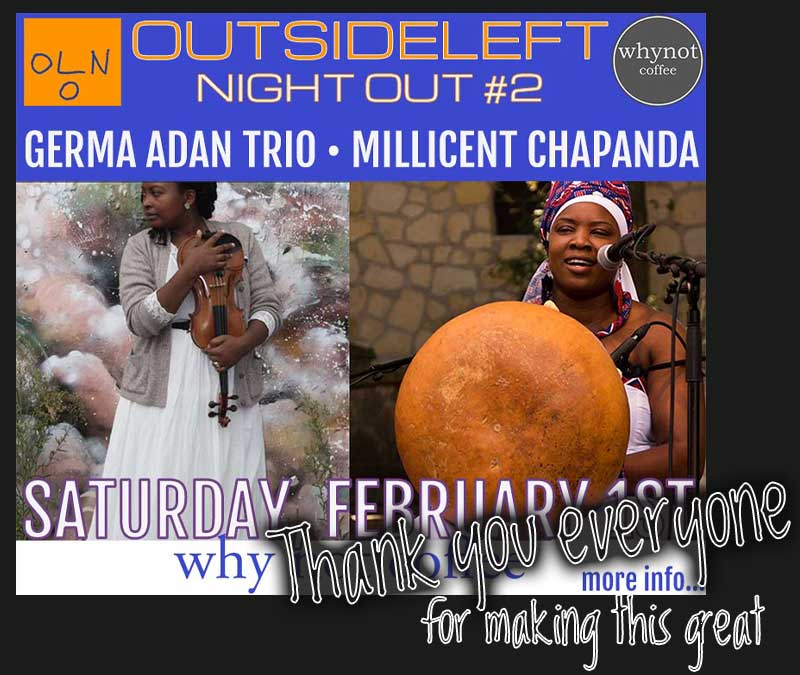 Everything Momus All The Time

New OL contributor John Robinson is going to review everything Momus ever did or does...

a new poem by Duncan Jones...

When Jamie Reid created the iconic Sex Pistols 'Bollocks' design, he was just getting started...

Devils... Yep, still have plenty of the best tunes...

Jeremy Gluck takes over OUTSIDELEFT with features on Jamie Reid and Mark James...

Four Reasons Why I Did This Now

David Benjamin Blower releases the stripped down version of his critically acclaimed LP
thumb through the ancient archives:
• • • • •
random reads
• • • • •

300 Words From London - Cricket World What?

Lake rakes over the two month festival of cricket that most people have chosen to ignore.

The Only Game of the Year: Angry Birds

The only game in town

Mad About the Boy

Sex and the Industry